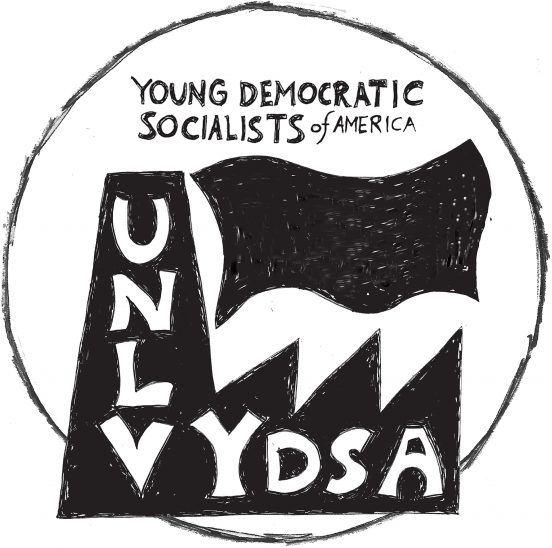 UNLV Young Democratic Socialists of America (UNLV YDSA) is the student chapter of the Democratic Socialists of America at the University of Nevada, Las Vegas. As democratic socialists, we oppose a political and economic order based on private ownership of production, exploitation of labor, racial and gender discrimination, destruction of the environment, and anti-democratic institutions. We want to create a society based on social and democratic ownership of the economy, where rich and powerful classes can no longer wield political control and where everyone’s needs are met.We believe this society can only be created by an organized socialist movement, and the objective of the UNLV YDSA is to further the aims of this movement through education, organization, and action on campus.