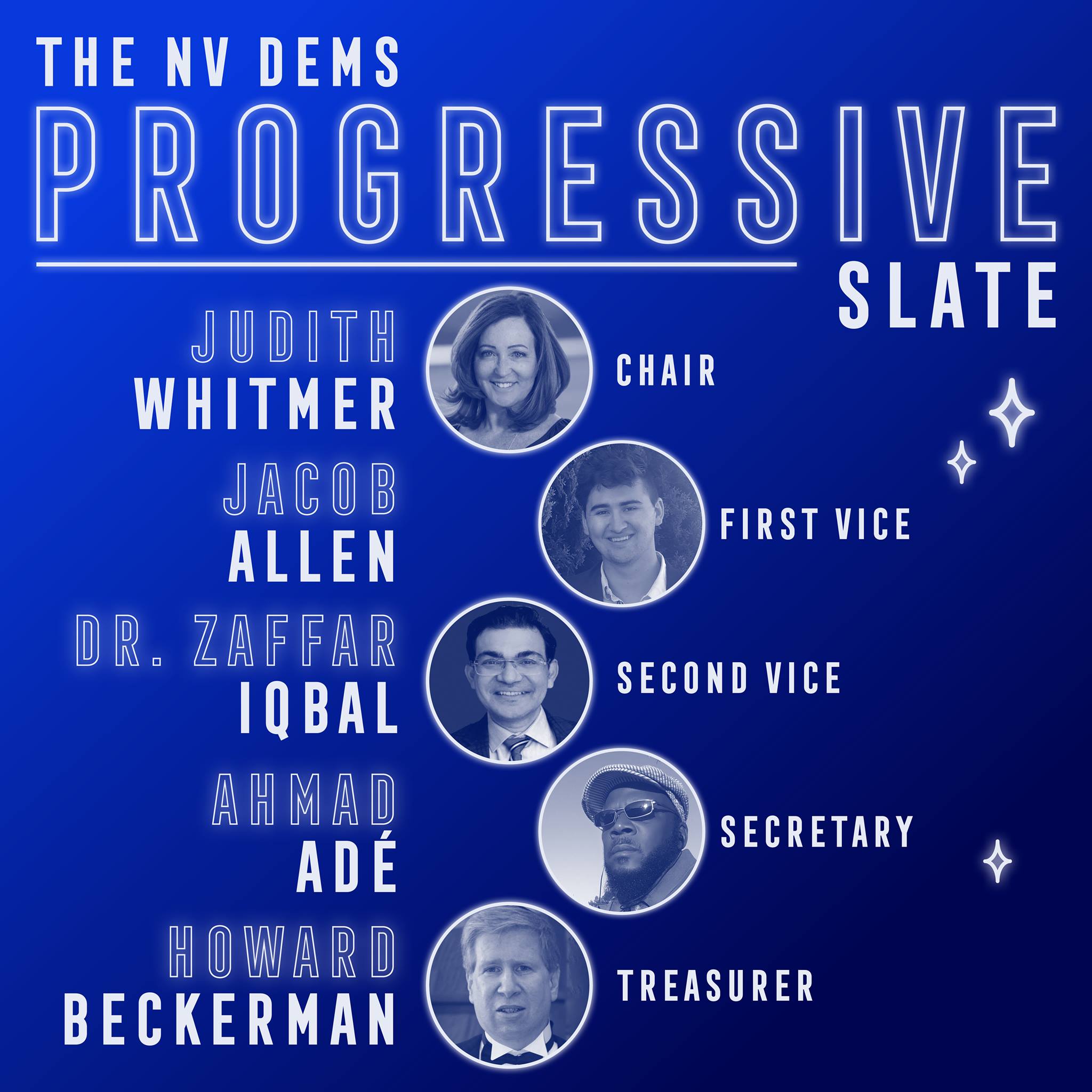 Judith Whitmer, the longtime LVDSA member who leads the slate, is eminently qualified for the job, and is dedicated to supporting the leftist movement in Nevada. She has been asked twice by existing elected officials, including Catherine Cortez Masto, to drop out of the race in order to allow their prefered candidate, her challenger, to win.

Commissioner Tick Segerblom, another LVDSA member, is challenging Whitmer for the chair position, but also appears to be the preferred candidate by existing incumbent elected officials unaffiliated with DSA. While we believe Segerblom is an effective commissioner and ally to our cause in that role, he does not represent the best candidate for the state chair position.

Whitmer has demonstrated a commitment to her democratic socialist values through her extensive organizing as a member of Las Vegas DSA and the Left Caucus and, in particular, through her organizing efforts within the Democratic Party, pushing for policy platform positions that reflect our values despite opposition from existing officials and donors, succeeding in leading the charge to include within the Party Platform Medicare for All, Green New Deal, College for All, among other important items.

We believe that between our options, Whitmer, a true comrade and longtime member of Las Vegas DSA, is the best option for our organizing and power-building goals as a chapter going forward, and that the rest of the slate will best support Whitmer’s objectives for the state chair positions and would thus likewise advance the goals of Las Vegas DSA.

We enthusiastically encourage all members of the NV Dems State Central Committee to vote for comrade Judith Whitmer and the entire Progressive Slate on March 6th to move Nevada forward.

Current members of the State Central Committee are eligible to vote and must register for the meeting by March 3rd to receive their meeting link and participate.