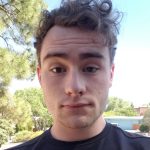 Today, we do not celebrate Valentine’s Day as commonly imagined. Long ago, Valentine’s Day became an artery connected to the “heart of the capitalist project.” Valentine’s Day is festooned with ostentatious flowers, boxes of unrequited chocolates, and engagement rings. While none of these objects are themselves symbols of capitalistic corruption, they can never be replacements for fulfilling love. As socialists, we aim to create a world conducive to the love of dreamers and romantics–not Amazon and department stores. The world of “bread and roses,” not just roses, is one where love is reimagined as a collective practice throughout our society.

Capitalism, as we know it today, hinders the growth of fulfilling love. To realize a world free from oppression, we must first consider the stem from which the rose of socialism grows: the thorns of capitalism. “Healthy competition” is the dominant ethic of capitalist ideology. Capitalist systems encourage people to challenge one another in every sphere of life. Everything is fitted into the equation of fabricated meritocracy and talent; value can only be measured by those who earn that value, rather than their intrinsic worth entitled to them by life itself. Others who do not succeed are losers. That is the logic of capitalism.

Natural contradictions emerge when love is added to capitalism’s equation. Love is, in fact, the antithesis of competition. In love, everyone is innately worthy of both receiving and giving. Yet, in the words of bell hooks, in her book all about love: new visions, “whether we learn how to love ourselves and others will depend on the presence of a loving environment.” Competition, in every sector of life, prevents individuals from developing mutual and interpersonal support. How can individuals grow a collective love when we believe the person standing next to us is a competitor — at work, in dreams, in the pursuit of happiness itself?

English has a common saying. It’s a cliche, one that states that “all the best things in life are free.” The things that make life worth living are held tightly in tandem with all forms of love. The family we care for, the friendships we hold, the way we breathe in nature around us; all of these are different manifestations of love. By this ideal, we should prioritize the enjoyment of these things to live a fulfilling life.

Every individual deserves to prioritize that which makes life fulfilling. But under the current conditions of oppression, that is not the case. When compared to other ideals formed in the vacuum of capitalistic ideology, such as “hustling”, “the grind”, and “working for the weekend”, how can we enjoy the best things in life when we are told we should be prioritizing our careers, our jobs, our schoolwork, and our side businesses? How can love exist in a system that also worships ideals that contradict love itself?

A job is not only an accomplishment in capitalist societies; it is a necessity, to survive, with dignity. Yet competition in the workplace also uncannily possesses the ability to diminish and destroy self-worth. bell hooks writes, “jobs depress the spirit. Rather than enhancing self-esteem, work is perceived as a drag, a negative necessity.” The need to have a job that often leads to diminishment of self-worth sets individuals in our societies up to fail.

The negative impact of jobs can also impact the people around us. As bell hooks states, “many jobs undermine self-love because they require that workers constantly prove their worth. Individuals who are dissatisfied and miserable on the job bring this negative energy home. Clearly, much of the violence in domestic life, both physical and verbal abuse, is linked to job misery. We can encourage friends and loved ones to move toward greater self-love by supporting them in any effort to leave work that assaults their well-being.” Domestic violence, and emotional abuse in and of itself, can be instigated and exacerbated by stressors in the workplace manufactured under the unique ideological conditions of capitalist logic.

That does not need to be the case. For many working people, jobs are nothing but soul-draining necessities that drain both workers’ lifestyles and emotional capacity to pursue interpersonal wellness. That is a direct result of the alienation of livelihood from life. As Karl Marx described in his theory of alienation, we are alienated from what we spend most of our day doing. Before the market dominated every fiber of our society, what we did professionally created visible value. We could see with our own eyes how what we made, with our own hands, satisfied a human need. We could decide the value of our production, and we could choose when to stop working at the end of the day. Most of those privileges have been robbed from us as market profiteers reduced us to the status of Employee (or, in the union-busting terminology of today, “independent contractor”) without control and with prices determined by Managers in offices thousands of miles away from the workplace.

While corporate CEOs leave the office for hours to exchange pleasantries at golf courses with other cronies of business, entry-level staffers toil for those hours on end. Workers return home, exhausted and sore from jobs they derive no joy from, to loved ones for whom they cannot muster even a “hello” for. Alienation from labor, in the Marxist sense, harms healthy relationships and love in our lives.

Even for people who can afford to work in jobs antithetical to society’s norms, there is no vacuum. Love can still crumble beneath the weight of societal pressures. The situation was articulated best by the Chinese leftist thinker Lu Xun in his Regret for the Past in 1925. In the story, two people in a fever heat of revolutionary love get together, filled with passion for each other. While the two were radically oppositional to their patriarchal society, their ideals were not enough to escape their reality. After a year, poverty and near-starvation strangles their love as they struggle to survive on idealism alone. Their story is dramatic and exists within the specific conditions of Chinese society in its post-imperial period. It is also representative, stripped naked, of how even love between activists can be torn apart limb by limb by poverty’s despair.

Capitalism and its byproducts are not the only oppressive forces that hinder the development of genuine love. Capitalism builds upon many of these structures of violence, like the prison-industrial complex, which has been supported by corporations well-documented in detaining and exploiting the labor of incarcerated Black people.  Love is hindered by the continued persistence of racist and white supremacist structures of violence themselves.

The environments that claim to uphold justice for the victims of crimes like sexual assault, domestic violence, and stalking fall incredibly short of providing survivors the treatment they need to process the trauma they have suffered. Indeed, these environments often only expound on that trauma, as people who attempt to report are endangered not only by perpetrators, but by their societies. Police are one example; according to a survey that was published in a report by the ACLU, 88% of respondents who were victims of domestic violence or sexual assault stated that police officers sometimes or often do not believe victims or blame victims for the violence.

The same pattern of state-sponsored failure to address trauma repeats in the courts. Plenty of moments can be easily conjured up in our country’s recent memory. Dr. Christine Blasey Ford and the survivors of Harvey Weinstein were all traumatized, and retraumatized, under the national spotlight of court procedure. Each of them were subject to the harsh limelight of public attention where their traumas were contorted into lies. They are only a few examples, a few drops in the sea of sexual violence aided and abetted by state-sponsored violence and societal structure itself.

In this regard, the state assists its guiding philosophy of individualism in exacerbating trauma. The perpetrators of pain — whether they be assaulters, police, judges, lawyers — are often labeled as “bad apples.” Rather than regarding them as emblematic of societal structures, perpetrators are considered to be outliers — individuals in an individualist society, unable to possess collectivist characteristics. But as many survivors, victims’ advocates, and other activists have stated, these acts of violence are not individual crimes. Rather, they are societal manifestations. To explain this point best would be to quote Chanel Miller from her book, Know My Name: “this is about society’s failure to have systems in place in which victims feel there’s a probable chance of achieving safety, justice, and restoration rather than being retraumatized, publicly shamed, psychologically tormented, and verbally assaulted. The real question to be asking is not, Why didn’t she report, the question is, Why would you?”

The societies we occupy constantly fail to provide love to survivors. People cry for help and often find themselves enduring more harm as a result. Many who need help do not speak out precisely because they have been “punished” for speaking their truths in the court of public opinion before. The only solution to this issue is restorative justice in policy, in political action, and in foundational principles. Punitive measures that police and prisons and courts use to punish individuals must be abolished and replaced with models of restorative justice. There is no restorative justice without love, and there is no love without restorative justice. Self-love and relational love are all more possible when we actively reduce and eliminate trauma and its causes.

While social structures harm our capacity to love, the solutions pop psychology offers for addressing mental health are woefully devoid of structural social analysis. A good example is self-help. Self-help comes in many forms. It manifests in mindfulness; in detox; in yoga; in meditation; in houseplant caretaking; in therapy, when described as the cure-all to all social ills. But while these practices can be helpful in daily life, they do not address the deep structural issues that prevent us from realizing a society full of genuine love. Individualism, disguised in self-help hardcovers and healthy motivational bullet journals, is not the collective liberation from the forces of capitalism, racism, and the patriarchy that plague us. The traumas of our society and our history cannot be healed by the consistent beratement of the individual to “be better,” but rather by the interdependent dedication of a community to heal together.

Love must be ceaselessly practiced and maintained. In healthy love between individuals, we must always adjust and respect one another as we develop as people together. In collective love, we must always adapt to the political and social environment to protect the social benefits and abolition we seek. Love is active, alive, and never complacent. That is the love we must embody, not the individualist and consumerist hell of the capitalists. That is the world where Valentine’s Day is every day. We can embody this collective love, each and every day, by struggling for the radical new world where love is everywhere.

May your roses be plentiful and collective. Happy Valentine’s Day.