Why is Green the Color of Abortion Rights?

With the Supreme Court throwing out 50 years of legal precedence and overturning Roe v. Wade, the U.S. abortion rights movement is taking to streets and becoming increasingly visible to protest this attack on our fundamental human rights.

The Marea Verde movement traces its roots back to Colombia. In 2006, Women’s Link Worldwide filed a petition with the Colombian courts arguing that it was unconstitutional to consider abortion a crime under any circumstances. In a historic ruling, abortion was decriminalized in certain cases, including the health of the pregnant person, cases of rape, or unviable fetuses. This petition set off almost twenty years of abortion rights organizing across the region.

The association with the color green started in Argentina, inspired by the white handkerchief of the 1970s movement Mothers of the Plaza de Mayo, which had protested the abduction and murder of children under the dictatorship at the time. In 2018, when Argentinian feminists took to the streets for abortion rights, many wore green handkerchiefs, or “pañuelo verde”,  as a nod to the Mothers of the Plazo de Mayo. The green handkerchiefs quickly spread through Latin America as a symbol of the abortion rights movement. 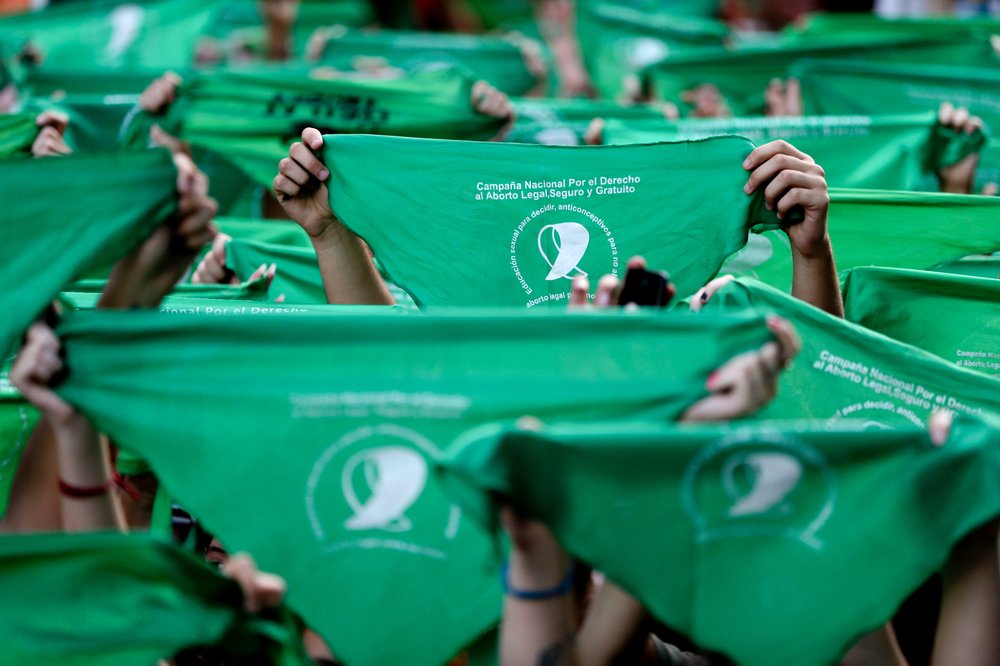 Though the region still has draconian abortion restrictions in countries such as  El Salvador, the Dominican Republic, Nicaragua, and Honduras, there have been a series of monumental wins bolstered by the Marea Verde. In the last two years, Mexico, Argentina, and Colombia — the three most populous countries in Latin America — have all decriminalized or legalized abortion.

Argentinian lawmakers passed a law in 2020 allowing abortion up to 14 weeks; in 2021, Mexico’s Supreme Court decriminalized abortion; and in February 2022, the Colombian Constitutional Court issued a landmark ruling decriminalizing abortion on all grounds up to 24 weeks of pregnancy. In Chile, feminists have been at the center of mass protests and social upheaval that lead to a constitutional convention. In September 2022, Chileans will vote on a new constitution that includes the right to abortion.

The movement’s success is due to a variety of factors. Organizers focused on destigmatizing abortion and forcing conversations about abortion in the mainstream. A combination of legal challenges, mass protests, and public campaigns to change opinions was crucial. Though in the U.S., the language of choice and right to privacy is frequently used as arguments in favor of abortion rights, the Marea Verde organizers focused, instead, on abortion as an essential human right, and worked to highlight the connections between restrictions on abortion to all sorts of intersectionalities, including: sexuality, race, and class — linking their fight to a larger social justice movement that pushes back against all forms of oppression. 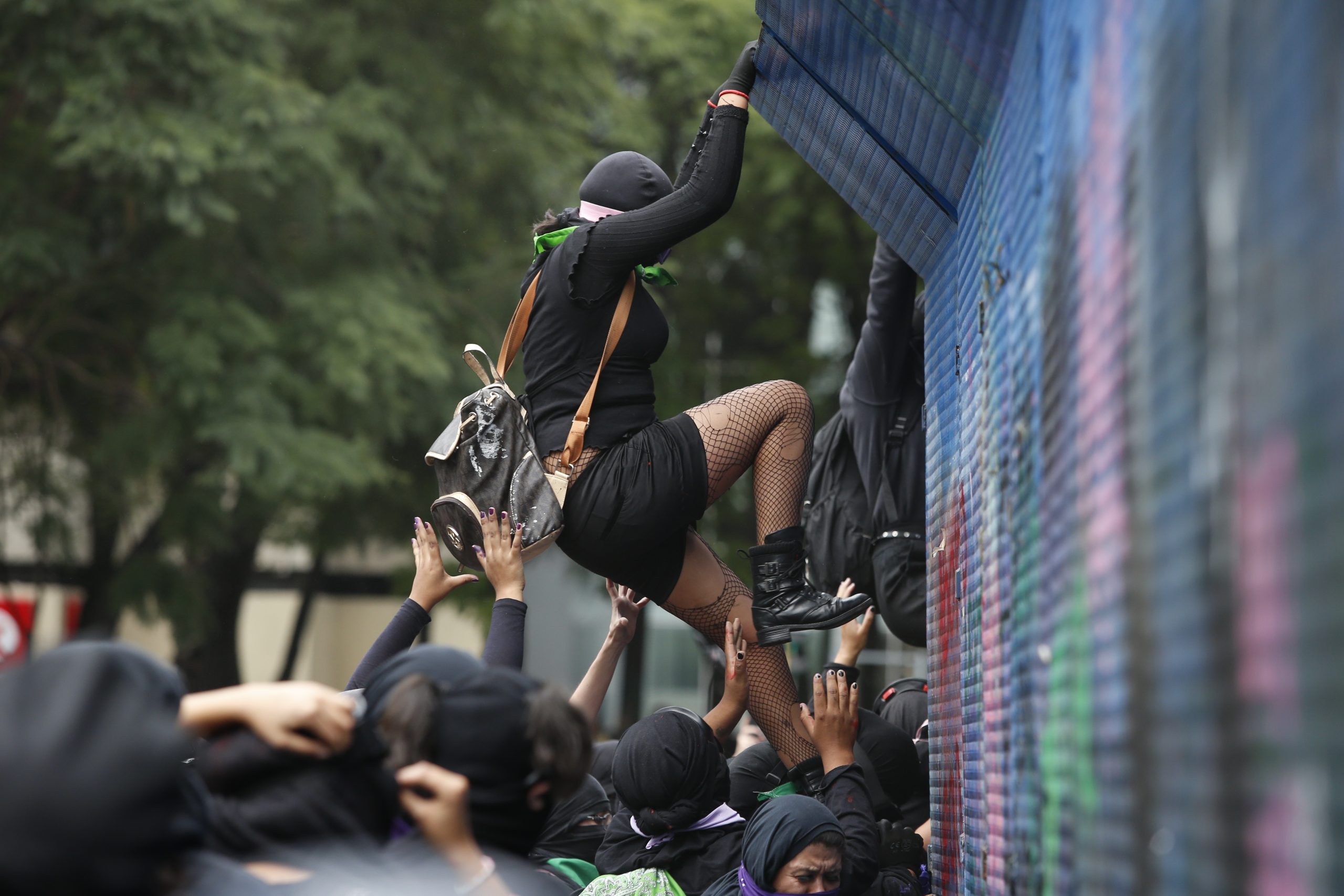 A woman climbs a fence around the Angel of Independence monument, during an abortion rights march in Mexico City.

While abortion was legally protected in the U.S. by Roe v. Wade before it was overturned, issues of access have often been ignored, making abortion a “right” only on paper for poor people and people in marginalized communities. Latin American organizers demanded that abortion was not only legal and safe, but free as well, recognizing that poor people cannot be left out of this fundamental right. They also demanded inclusion for trans and non-binary people, acknowledging that not only women need abortion care, as is often ignored in the U.S..

If you wear green to an abortion rights protest, remember the legacy and ongoing fight of the Marea Verde in Latin America. By wearing green, we are connecting ourselves to an international movement greater than the U.S. With that in mind, it is important that we also commit ourselves to fighting for our Latinx comrades both abroad and at home, by opposing anti-immigration policies, fighting against the separation of families at the border, and opposing U.S. imperialism which exploits and oppresses our comrades across the world.

We must be united in the international struggle for the liberation of all people. 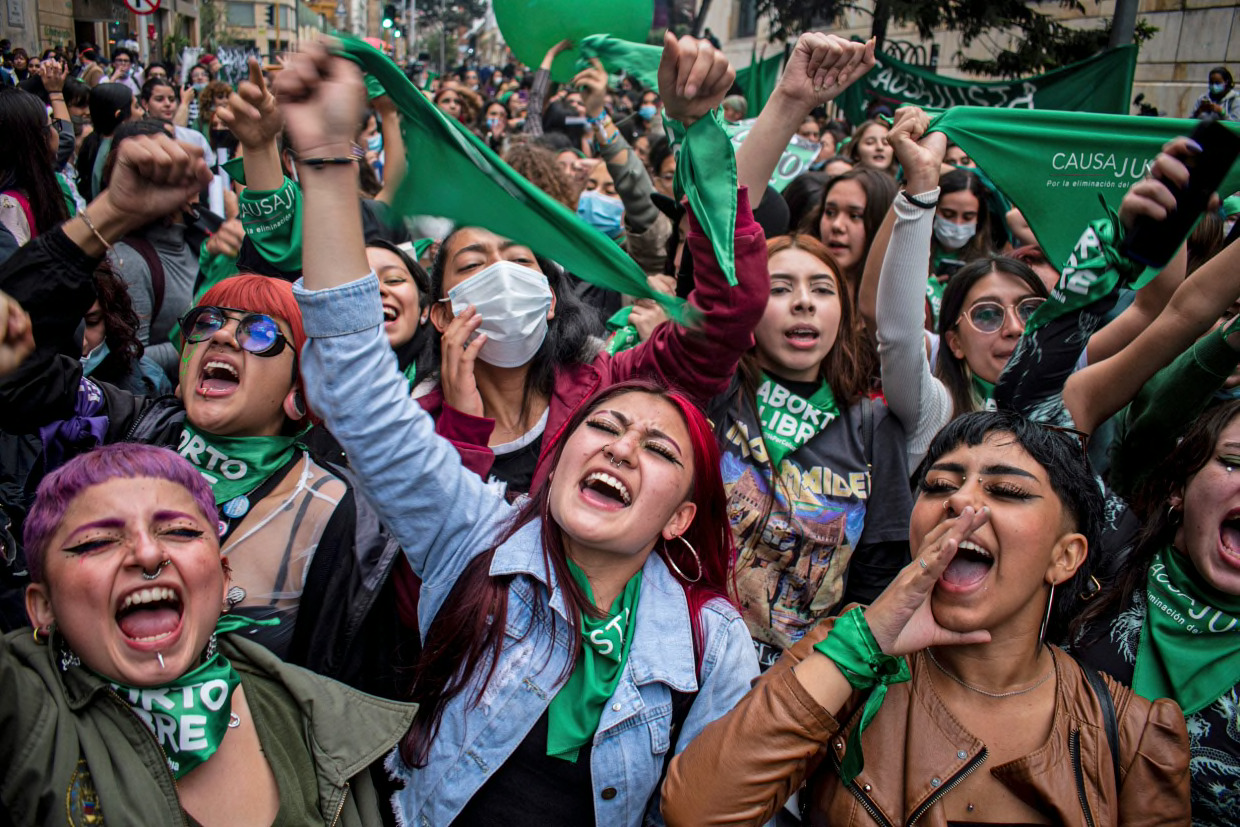 Abortion rights supporters celebrate in support of the decriminalization of abortion outside the Constitutional Court in Bogota, Colombia