This is the first post in our newest series, Socialist Spotlight. We hope to promote greater learning about socialism, and the activists and thinkers who have pushed it forward. We’re starting by highlighting a variety of Black socialists. We want to acknowledge the important work BIPOC socialists have done to advance the cause.

Today’s Socialist Spotlight is Angela Davis, a feminist, Marxist, abolitionist, and a pivotal figure in the Black liberation movement. We hope you enjoy learning about her and take some time to explore her work further in the resources provided. 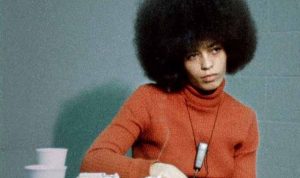 Angela Davis is many things: socialist, philosopher, activist, feminist—the list goes on— and at seventy-six, she continues to play these many roles (her commentary on recent police murders of Black people, among other subjects, has been extremely incisive. See, e.g., her recent interview on Democracy Now!). In each of her roles, properly characterizing Davis’ importance would fill volumes, and there are such volumes (see, e.g., the Angela Davis Reader).

A staunch Black feminist, a member of the Communist Party, and affiliated with the Black Panthers, Angela Davis quickly became viewed as a radical. In 1970, she was branded a terrorist, making it on the FBI’s Top Ten Most Wanted List. She was arrested and jailed for 18 months before eventually being acquitted. Her real-world experiences and philosophical work are married in her abolitionist position.

Her academic work ranges from extremely abstract to concrete and everywhere in between. Davis’ academic career began, or took off, on the abstract side of things, studying with the German Marxist philosopher Herbert Marcuse whose work was, at times, extremely theoretical, like many European Marxist academics whose work flourished in the interwar period. Davis helped to launch the philosophical literature on Frederick Douglass, and she has written on a wide array of political topics.

On many of these topics, there is a kind of unity to her approach as an activist and intellectual that provides a paradigm and model from which members of organizations like the DSA and the left generally can learn from and follow. Davis’ activism and scholarship is concretely intersectional. For example, Davis has criticized one of Joe Biden’s advertised feminist bona fides, the Violence Against Women Act because it was part of the infamous 1994 crime bill, a key contributor to the American carceral state.

Especially relevant in the moment, Davis has also consistently supported and spearheaded abolitionism over reform for both prisons and the police. Davis has been clear that abolitionism doesn’t simply mean abolishing something and leaving everything else the same—rather it involves abolishing some institution (e.g. prisons) and investing those resources towards socially productive ends—a process that involves extensive societal reimagining. The reader may have heard criticisms that such radical reimagining are utopian and unrealistic. 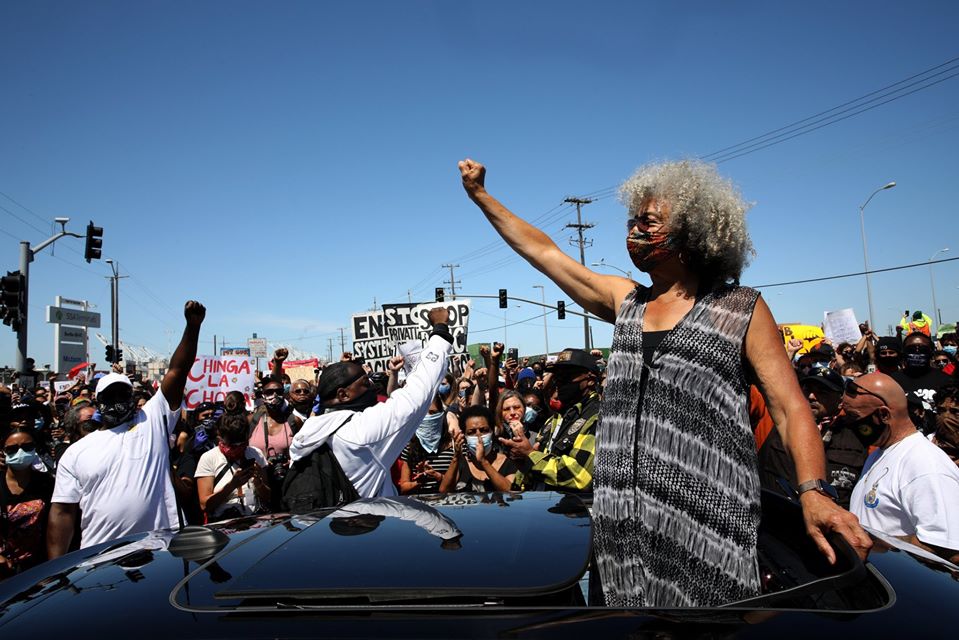 In Davis’ recent Democracy Now! interview, she provides the following council, excellent advice for the left during this critical moment:

“But I’ve often said one never knows when conditions may give rise to a conjuncture such as the current one that rapidly shifts popular consciousness and suddenly allows us to move in the direction of radical change. If one does not engage in the ongoing work when such a moment arises, we cannot take advantage of the opportunities to change. And, of course, this moment will pass. The intensity of the current demonstrations cannot be sustained over time, but we will have to be ready to shift gears and address these issues in different arenas, including, of course, the electoral arena.”

If They Come in the Morning: Voices of Resistance by Angela Davis (1971)

Joan Little: The Dialectics of Rape by Angela Davis (1975)

Are Prisons Obsolete? by Angela Davis (2003)

Abolition Democracy: Beyond Prisons, Torture, and Empire by Angela Davis (2005)

The Meaning of Freedom: And Other Difficult Dialogues by Angela Davis (2012)

Freedom Is a Constant Struggle: Ferguson, Palestine, and the Foundations of a Movement by Angela Davis (2016)