We Defeat Fascism with Black and Indigenous Liberation 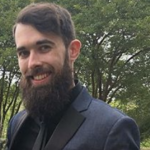 The ideology of the current neo-liberal power establishment dictates it will continue to display an ineffective front against and obscure the amount it abets fascist forces. In response, we must more carefully examine the causes of the threat and provide a countervailing force for the people.

Centering policies which actually benefit Black, Indigenous, and people of color has to be at the core of what we do in those efforts considering fascists exploit existing prejudicial structures and attitudes to advance their ideas. This is clear in the Trump administration’s active meddling in anything resembling a proper response to the COVID-19 outbreak, which has disproportionately affected Black and Indigenous Americans.

Right-wing demagogues alone aren’t responsible for the reemergence of fascism in this country, however. James P. Cannon, a political leader and socialist in the early 20th century, argued it emerges as a result of the capitalist society’s untenable nature. It is exploitative and aims only to expropriate value from people and Earth’s resources, naturally creating the discontent that causes fascism to arise.

“Fascism is a product of the crisis of capitalism and can be definitively disposed of only by a solution of this crisis,” Cannon said. “The fascist movement can make advances or be pushed back at one time or another in the course of this crisis; but it will always be there, in latent or active form, as long as the social causes which produce it have not been eradicated.”

The forces which uphold those social causes shift to suit the time and, inherently, capitalism sows inequality among the masses. Racial capitalism is ingrained in all aspects of society. As professor of Black studies and political science Cedric J Robinson wrote, “racialism inevitably permeates the social structures emergent from capitalism.”

This country is a settler-colonial state — an ongoing, over 400-year project focused on subjugating Black and Indigenous people as a means to extract profit. Due to this, the United States’ intimate tie to white supremacy cuts across all economic, social, political and environmental lines. America’s land theft policies and genocide of Indigenous people inspired fascist forces in the 1930s, as did Jim Crow laws.

It’s hard to rationalize the behavior of those who understand these realities and still advocate for the status quo. It’s particularly immoral to push for a shift to a more hyper-nationalistic culture revolving around the unique actors and symbols of American opression.

As we strive to overthrow the existing social and political order, protecting the history of Socialist liberation and fascist resistance fighters is vital in opposition. Historically, “antifa” is not a loose collection of white anarchists, as mainstream media and the political class implies. Black people are the vanguard of antifascism; generally, that holds true for any popular American resistance movement.

Writer Molly Crabapple chronicled a group of Black Americans who supported efforts to drive Italy out of Ethiopia in 1934. In another decisive display of international solidarity, approximately 90 Black Americans fought in the Spanish Civil War — a battle between a socialist/communist dominated coalition government and the revolting fascist belligerents. Communist organizers, such as Canute Frankson, emphasized the importance of the struggle, as a “fight for the preservation of democracy” and “the liberation of my people, and of the human race.” James Yates fought in the war, met supporter Langston Hughes on the front lines, and went on to organize with the Communist Party USA when he returned to the U.S. Thyra Edwards helped refugee resettlement efforts during the war before returning home to continue her writing and activist career.

The United Front Against Fascism conference, organized by Illinois Black Panther Party Chairman Fred Hampton in 1969, represents a direct thread between Popular Front organizing efforts of the 1930s and the civil rights movement of the 1960s. With the release of the Judas and the Black Messiah movie, a retelling of Hampton’s assassination, it’s imperative we uphold him and the Black Panther Party as pillars of the Socialist movement within the United States — they were proudly Marxist-Leninist, even though that is obscured by the film.

“Nothing’s more important than stopping fascism,” Hampton said, “because fascism will stop us all.”

The opposing force to fascism and the underlying social causes in which created it has to be socialism. Contributing to mutual aid efforts and fighting to dismantle the carceral state also honors the legacy of the Black Panther Party — a legacy comrade Ahmad Adé helped build. Other members of the party are still unjustly imprisoned after nearly 50 years. Locally, our decarceral efforts include the Nevada Coalition Against the Death Penalty. We can build on that infrastructure to support additional abolitionist policies.

Indigenous liberation groups, such as the American Indian Movement, joined the BPP in coalition work. Modern iterations of this, as a couple comrades wrote, means centering Indigenous futures as a key part of our movement. Supporting Nevada’s Indigenous peoples through organizations such as the Nevada Native Caucus is crucial as we continue to fight capitalist land-grabs of their territory.

Federally, the tepid neo-liberal resistance to and a bipartisan appeasement of the Capitol Insurrection has only served to strengthen the institutions fascists use to exert control. The only way forward is to dismantle the racist, imperialist police state.

With pro-Black and Indigenous liberation, as well as decolonial ideology, policies and forces at the core of our front, we can build a strong left to combat the active threat of fascism.